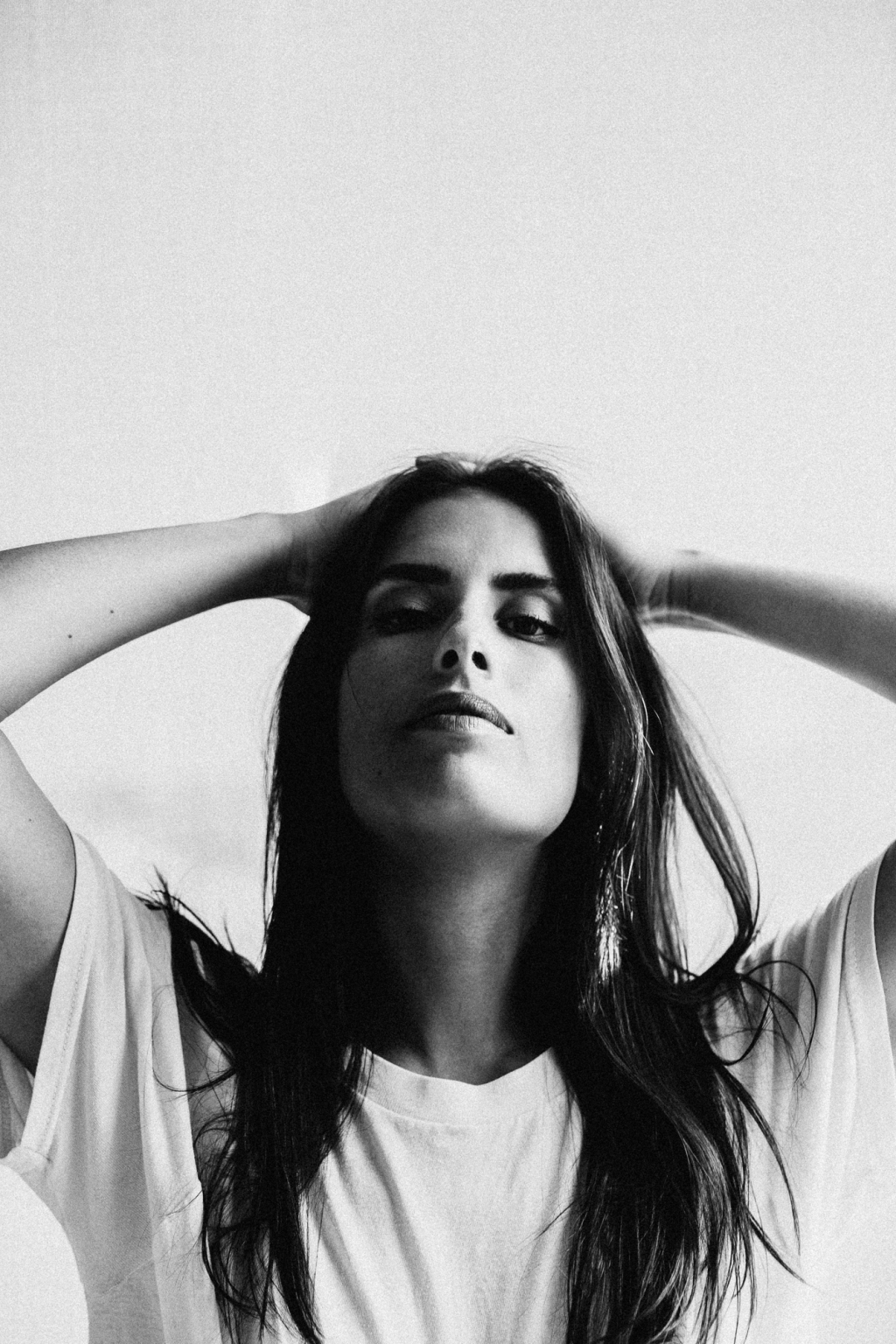 This story comes with a trigger warning. We hope it can be something that helps you if you’re in the process of healing. You are never alone. Find support at RAINN.org.

Passion found a purpose for Claire Salvo, as she reached for a pen and began to sketch the face of the man who had raped her. Salvo was 17 at the time of her attack. Her parents took her to the local police station immediately, but it would be ten years before she ever saw that face again.

Salvo is a survivor of sexual assault. A former DJ living in New York, the now Venice-based artist, shares the stories of nine survivors of sexual assault in her latest portrait series, ME:WE, on display at TOMS Flagship Store in Venice.

In her late teens, Claire left art, and the scene of the crime, behind and moved to New York City where she built a career as a music producer and a DJ. She traveled the world as one half of The Jane Doze, sharing stages with the likes Calvin Harris (et al.).

Then, after close to ten years of music, she packed up and moved home to her parents in Pennsylvania, back into childhood bedroom and reconnected with art.

Discover how in the end, the man Salvo believes attacked her, landed life in prison.

Hear Salvo share her journey as a survivor and an artist in an exclusive Beautiful Hollywood Podcast.

Donate to RAINN online at donate.rainn.org. If you are a survivor, or know a survivor, and need support RAINN has counselors available 24/7 to chat online at RAINN.org or over the phone at 800.656.HOPE (4673).

iThere are no comments